By Indianguru • Posted in Casino News 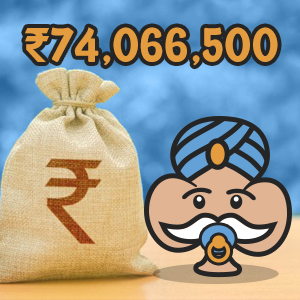 One-year-old Indian baby Mohammad Salah won a jackpot worth $1 million US dollars or INR 74,066,500 in a UAE airport raffle.

He won the jackpot after his father had bought a ticket in the Dubai Duty-Free lottery promotion. Mohammad’s father Ramees Rahman had been buying the ticket regularly for 12 months, when he finally won the jackpot!

He told local media outlets that he was very happy, overjoyed that his son’s future is now financially secure. At the same draw, several other won a luxury vehicle. The Dubai International Airport organizes regular Surprise Promotions, which many Indians take part in.

How to win major jackpots from India

If you cannot travel to Dubai, there are plenty of other ways to win major international jackpots. Here are a few of the best:

The Lotter allows players from India to buy lottery tickets from the USA, Europe, Japan, and Australia. For a small commission, they will buy you your ticket. In case you win, you will get the full sum, commission free! You would not be the first Indian player to win a Jackpot because of them!

You can also try your hand at progressive jackpot slots. These type of slots often prizes bigger and better than lotteries. The Mega Moolah has a jackpot that is currently over 10,000,000 euros or 837,241,335 rupees! The last winner was in January, where a Brit won more than 1 million euros. These slots often have even better odds than lotteries.

Where to play jackpot slots

These sites have dozens of progressive jackpots, including the Mega Moolah we mentioned above.

Best Slot Machines
Latest Casino News
PureCasino Adds Live Casino Finally, it is PureCasino’s turn to add one of the most favorite online casino game types of Indian online casino players that being live casino...
LeoVegas Casino India Marketing Director Interview We are extremely happy to bring this LeoVegas casino India interview to all of the Online Gambling Guru readers. We started by asking about the current... 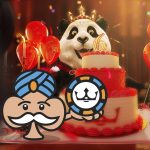 Get big bonuses at Royal Panda’s 6th Birthday Party! Royal Panda has been around for 6 years and they are creating fun promos to celebrate! Here is a list of what is on tap: The Weekly Live Casino Draw......
Top Online Casinos